Profnohair's Home on the Web!

Here it is ten years after the event that changed our lives forever, Hurricane Katrina. On Sunday, the 28th of August the Men’s Club of St. Robert Bellarmine Parish in Arabi, LA had a horseshoe tournament at the school. Everyone was discussing whether they were going to leave town or not for the approaching Hurricane Katrina. Most said they were staying put and riding it out. I later found out that a lot of them did indeed change their minds which was a very smart move. I on the other hand made up my mind that I was staying, much to the dismay of my wife Cheryl. She pretty much begged me to go with the family to Florida but I insisted that I would be fine. I had a boat, scuba gear and a neighbor, Mark Grelle Sr. that was going to stay with me in the house. Off they went to Florida.

Fast forward to Monday morning. August 29th, 2005. It was raining cats and dogs outside but it was not flooding yet. As there was not much to do since we had no electricity, I filmed a squirrel being blown out of the huge oak tree in front of the house, shingles on a house on the opposite side of the street starting to blow off, etc. We then heard a loud noise and went to investigate. Upon opening the attic door I saw sunlight where the whirlybird vent used to be along with the board next to it completely gone. This was over Jennifer’s bedroom. I went in there and water was pouring in. We went to the den door and looked out and saw that the metal carport was completely gone and that is what probably took out the vent. I sat at the kitchen table and called my insurance company since I had nothing else to do. I figure that I would get a jump on the other claimants. I used the house phone which was the best decision that I ever made. 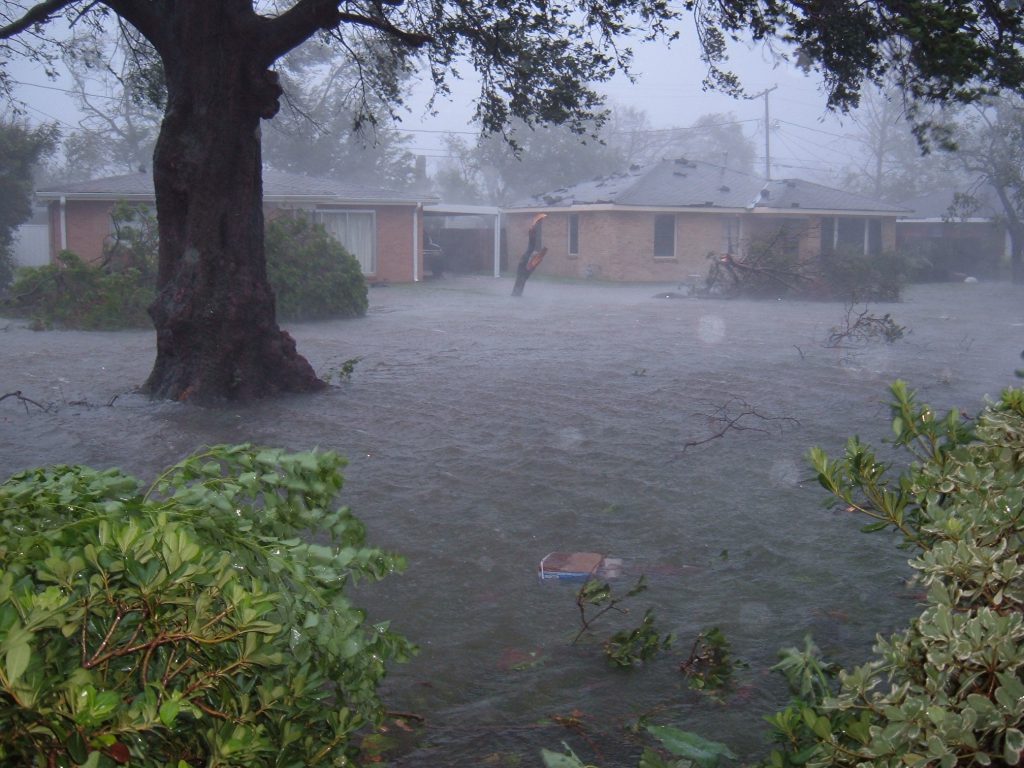 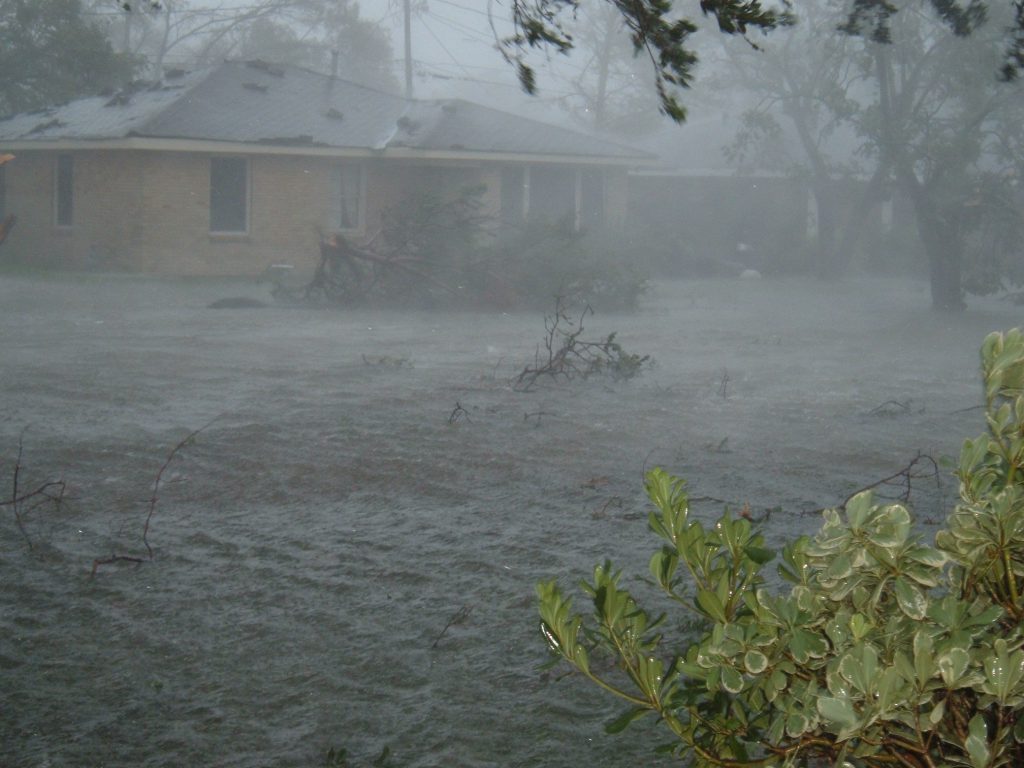 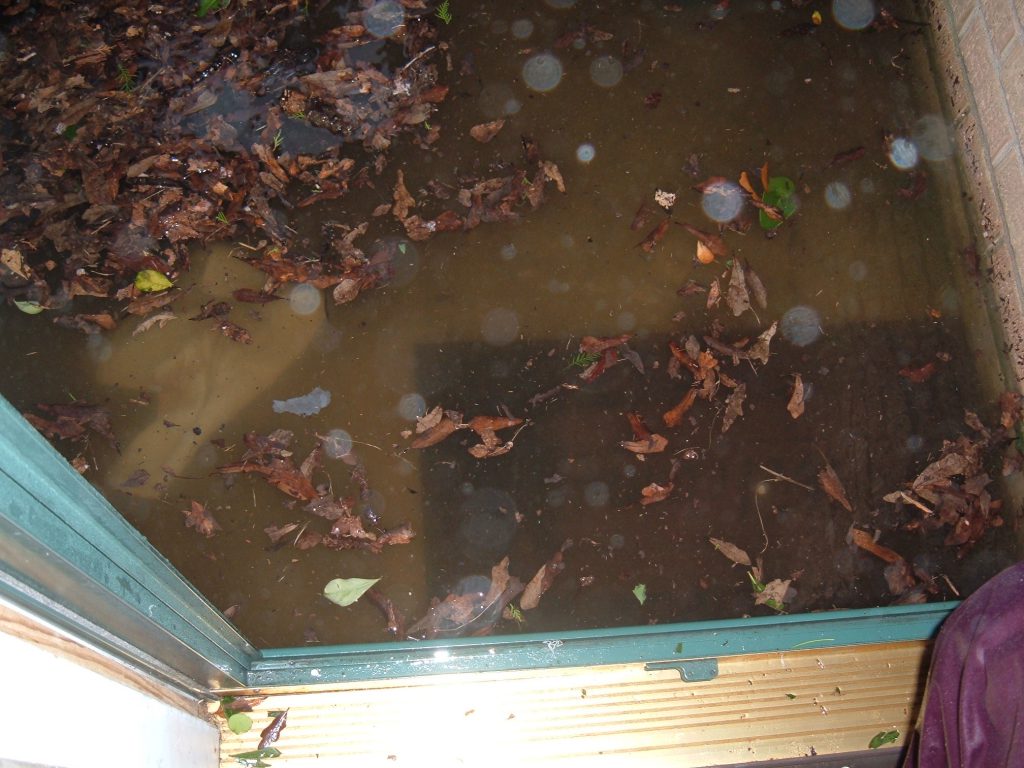 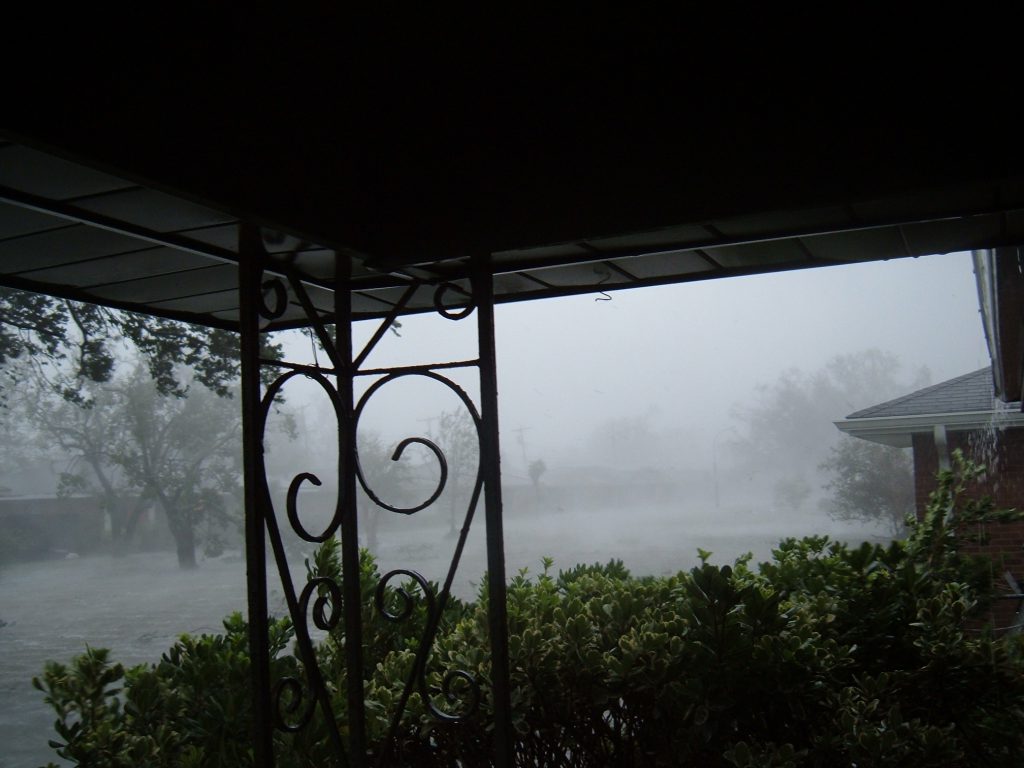 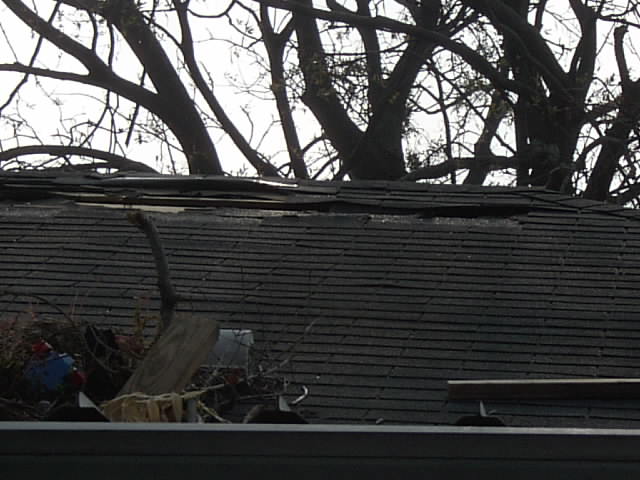 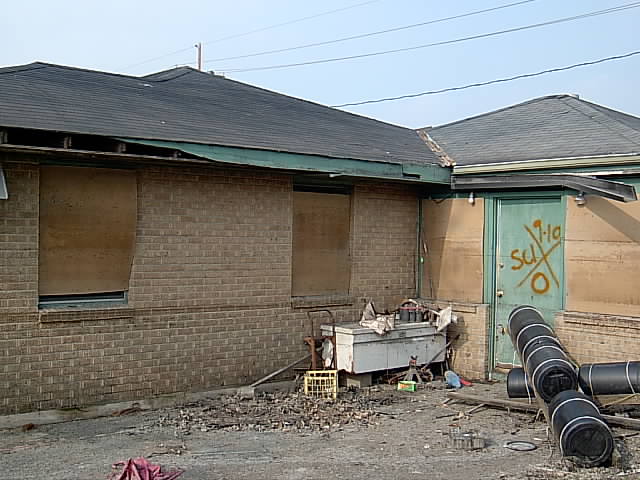 I went in the den and laid down on the sofa to take a nap. A while later Mark came in to wake me up and said we have to get out, the water was coming up fast. I put my feet on the floor and it was several inches deep already. I tried putting on my socks but that was a lost cause since they were wet, so I put on my tennis shoes only. I went out through the kitchen and just as I turned the corner the refrigerator fell over and blocked my way. I had to climb over it to get out. We already had our bags in the truck so we got in and drove toward higher ground (ha ha). We got to the canal that runs behind Schwegmann’s and the water was getting too high to keep going. We turned around and abandoned the truck in a driveway on Claiborne Square and walked back to the house not thinking of taking our bags with us and leaving them in the truck. Our neighbors saw us and told us to meet them at a two story building on Lafitte court that they had keys to. We got back to the house and tried to get the boat going but it was caught in the trailer so we had to wait until the water got high enough for the trailer to fall out from under the trapped lower unit.

After finally getting the lower unit freed we proceeded to the designated rendezvous point on Lafitte Court only to find no one there. We decided to go to the river since that would be the highest point available but the boat would not start (which was never a problem in the past) and the wind was getting stronger so we decided to tie up to the side of the building and stay in the boat. The wind was coming from the west so we were protected behind the two story building. So much so that I slept under a tarp for a good while.

While waiting for the wind to die down, we saw a lot of things float past us. Some of them include brand new car tires, an architect's desk with plans laid out and the light fixture still attached to it.

When the wind did die down the boat started right up and we started hearing cries for help. The first people we saw were in a building that was missing part of it's side wall, they did not want to be rescued.

We proceeded to Packenham Dr and came across several people on the roof of a home. Their boat had capsized and they got on the roof. 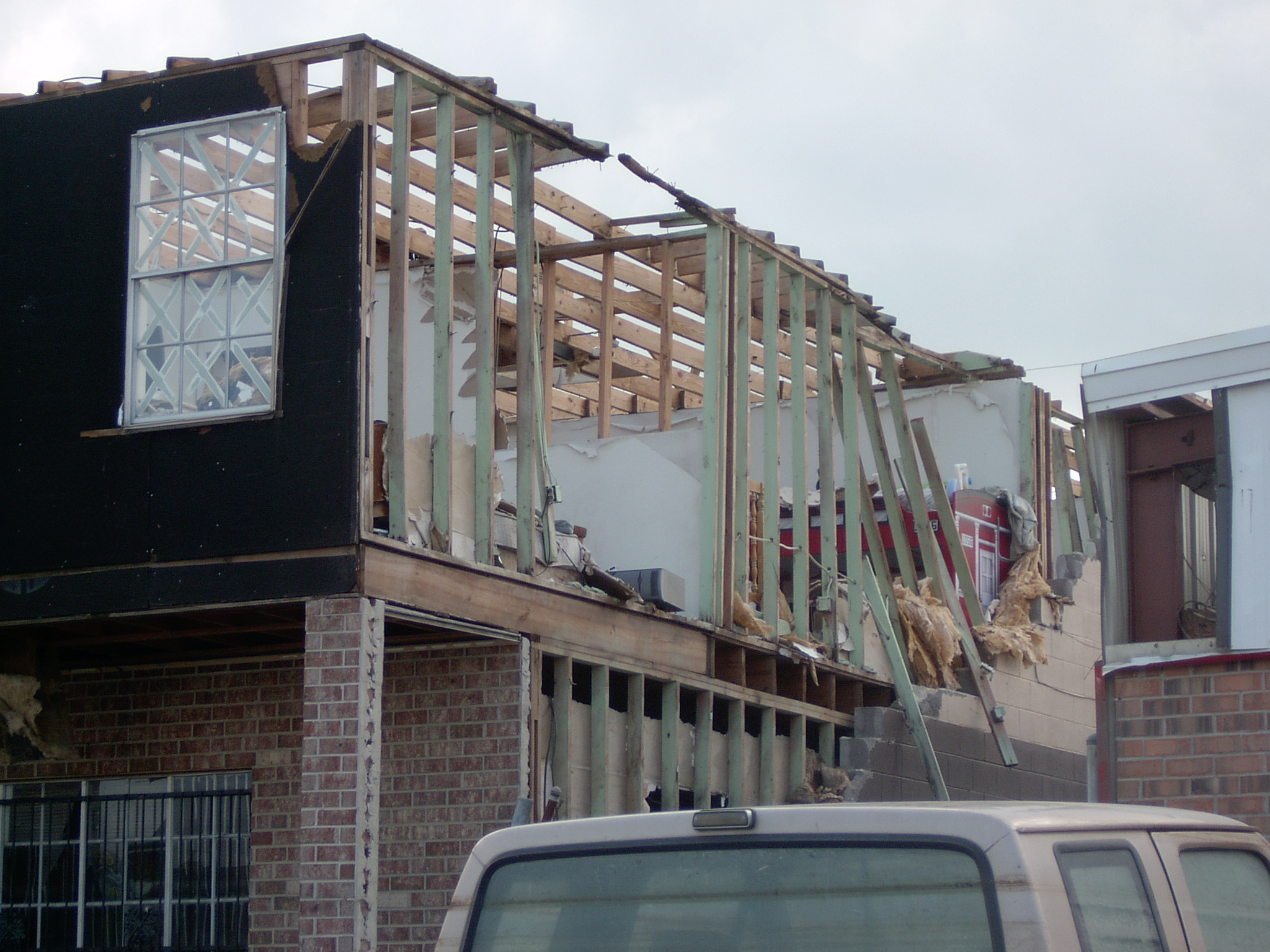